One of the definitions of sustenance is to sustain, and food and drink should be a source of nourishment and strength.  When experiencing a loss, initially some do not feel like eating and may even feel nauseous.  Focusing on eating whole foods supports wellness.

Have you ever seen or eaten wing beans?  I had not until I picked these beauties up at a farmers market on Kauai.  All parts of the plant are edible, the pods, the beans inside, the shoots, and the flower.  Check my post tomorrow to see how I prepared wing beans.

Poke (pronounced poh-keh), a fish salad, is sold in nearly every supermarket or deli in the Aloha State. The cubed raw fish, with some simple seasonings, is eaten either on its own or over a bowl of sushi rice.  I do not think the trendy mainland makeovers are nearly as tasty as the Hawaiian classic.

Mountain apple is a fruit tree that grows in many farms and gardens in Hawaii and has several other common names including Malay apple, rose apple, or water apple. It is not related to the mainland apple varieties except for the skin’s waxy texture and color.  The bell-shaped body shape is like a pear and the taste is refreshing and unique. 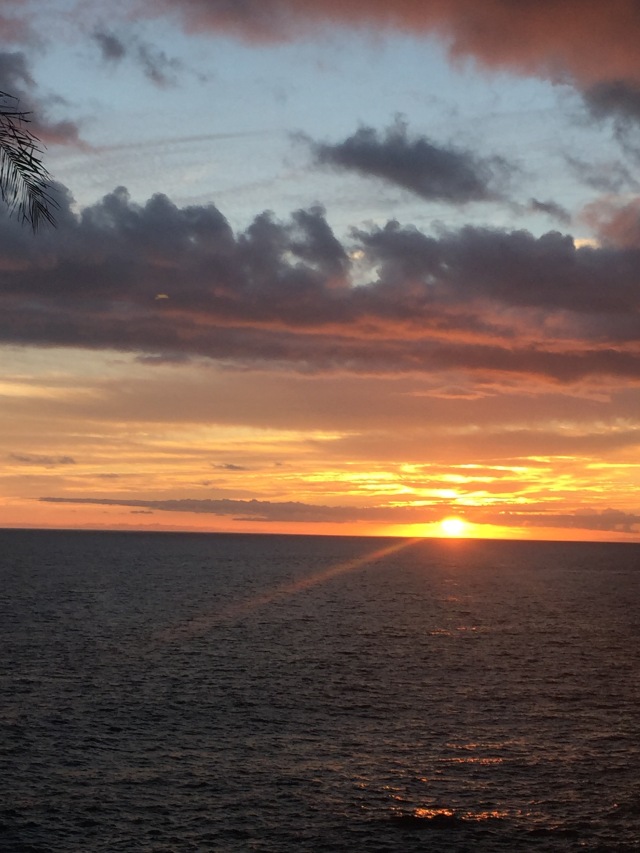 This golden sunset was taken from the deck of our condo.