Substance abuse is one of the top risk factors for suicide.  Those who experience the lows of depression/mood disorders and use drugs and alcohol to alleviate their pain, are at a much higher risk of fatal or nonfatal suicide attempts.

Suicide is the 10th leading cause of death in the U.S. and depression and other mental health issues, are the number one risk factor for suicide.  Even without depression, substance abuse is a close second.  Research has shown that the strongest predictor of suicide is alcoholism, not a psychiatric diagnosis. People with substance use disorders are about six times more likely to commit suicide than the general population. (taken from psychologytoday.com)

(information from the National Council on Alcoholism and Drug Dependence )

As the daughter of an alcoholic, I would have to say that I observed many of the above symptoms while growing up. 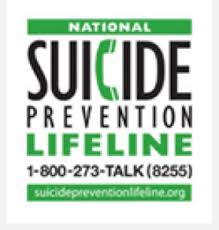 A real way to make a difference in the words of those who have contemplated suicide: