According to the Pew Reserch Center, Americans name 9/11 as the number one event of historical significance that occurred in their lifetime.  Last October, I visited the 9/11 Memorial in New York City. Visiting was a powerful reminder of what took place 18 years ago. It is a tragedy of historic proportions. Each person who lost their life was connected to so very many. 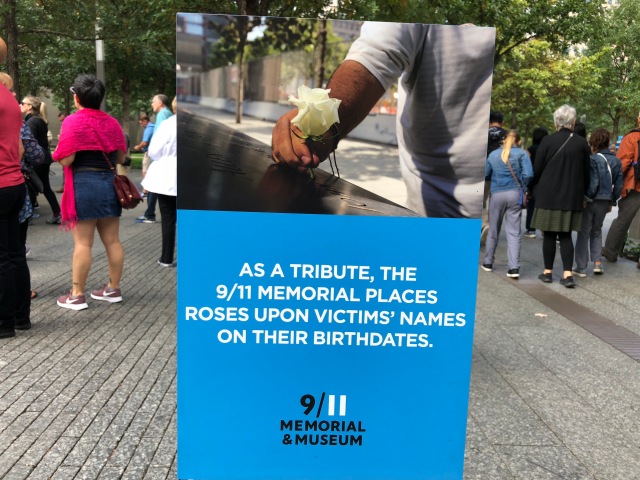 On September 11, 2001, the United States was faced with one of its greatest tragedies and our world changed forever.  Where were you that morning?  Our family lives on the West Coast, and watched the crisis unfold on our television as we were getting ready to leave for the day.  Our sons were highschool aged and I am grateful that we were all together and had a chance to talk about what we were seeing before we each went off our separate directions that morning.

Many people were directly/indirectly exposed to and/or greatly affected by the September 11, 2001, terrorist attacks.  Many were put at risk for the development of PTSD (post-traumatic stress disorder).  PTSD is a mental health condition characterized by a state of extreme anxiety and hypervigilance which begins after some type of traumatic experiences such as military combat or a natural disaster.  Symptoms include:

Not only have first responders and relief workers been at risk for developing PTSD, Ground Zero contaminants have also caused physical illnesses at a rate so great, that the billions of dollars dedicated to sufferers could run out before everyone has been helped.