Lung cancer persists as No. 1 killer

By the time symptoms appear, it’s too late for medical treatment to save most patients

There are three main types of lung cancer.

Fewer than 5% of lung cancers are lung carcinoid tumors. They are also sometimes called lung neuroendocrine tumors. Most of these tumors grow slowly and rarely spread.  Center for Disease Control and Prevention

Signs and symptoms of lung cancer

Most lung cancers do not cause any symptoms until they have spread, but some people with early lung cancer do have symptoms. If you go to your doctor when you first notice symptoms, your cancer might be diagnosed at an earlier stage, when treatment is more likely to be effective. The most common symptoms of lung cancer are:

What You Can Do to Lower Your Risk

Too many continue to be diagnosed with and die from lung cancer.  My dad was only 66 when he died and amazing Mike who cut my hair for decades was only 63 when he passed away, both from lung cancer.  Do not smoke and avoid second-hand smoke.  My hope is this information may set you on the path of developing a “Quit Smoking” plan today! 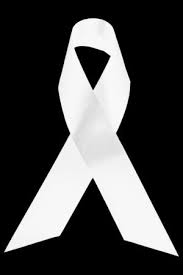