When I was back in Peoria visiting my family, I captured photos of  this flag along the riverfront.  The contrast of the stars and strips waving in the breeze against the blue sky captured my attention.  The flag reminded me of you Mark.  I just want you to know how proud I am to be your sister. 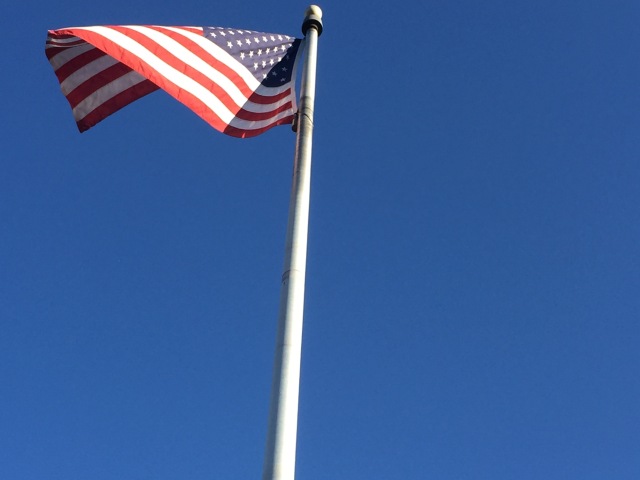 Veterans Day is an official US holiday, observed annually on November 11, that honors military veterans, that is, persons who served in the United States Armed Forces. It coincides with other holidays, including Armistice Day and Remembrance Day, celebrated in other countries that mark the anniversary of the end of World War I; major hostilities of World War I were formally ended at the 11th hour of the 11th day of the 11th month of 1918, when the Armistice with Germany went into effect. The United States previously observed Armistice Day. The U.S. holiday was renamed Veterans Day in 1954.

Veterans Day is not to be confused with Memorial Day; Veterans Day celebrates the service of all U.S. military veterans, while Memorial Day honors those who died while in military service. (Wikipedia)

Thanks to my brother Mark who served in the United States Marine Corps and fought in Vietnam and my father and all of my uncles who were veterans and proudly served this great nation. Please thank veterans you know by sharing this YouTube video.